We know that the “natural” gas in millions of American homes is mostly methane, a powerful greenhouse gas that’s worsening the climate crisis. But it turns out that may not even be the worst thing coming out of your gas stove. 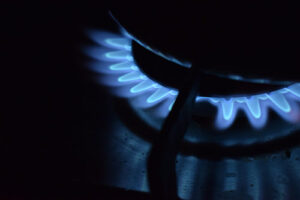 A new study from researchers at PSE Healthy Energy found benzene – a widely recognized carcinogen linked to leukemia and lymphoma – as well as an array of other toxins linked to birth defects and cognitive impairment. Benzene was found in 99% of samples, which were taken in the kitchens of 159 homes serviced by Pacific Gas and Electric (PG&E), Southern California Gas (SoCalGas), and San Diego Gas and Electric.

Shockingly, the research shows that it didn’t even take using a gas stove to compromise the air inside our homes — gas stoves leak even when they’re turned off. Researchers found that “in certain cases, just having a gas stove in your kitchen could create benzene concentrations comparable to secondhand (tobacco) smoke.”

Andrea De Vizcaya Ruiz, an associate professor of environmental and occupational health at the University of California, Irvine, told NBC News that prolonged exposure to benzene was a huge health threat. “It’s one of the most direct chemicals that induces cancer, because it transforms the cells in the bone marrow,” she said.

This is just the latest in a growing body of research showing that piping an explosive, toxic fossil fuel into our homes is a public health threat:

The findings only increase the urgency of the need to rapidly transition to cleaner, safer electric appliances in our homes. The United States took an important step towards that goal this year with the passage of the Inflation Reduction Act (IRA), which included a host of programs to help people get off fossil fuels in their homes, including:

But this progress is at risk. The New York Times reported last week that the American Gas Association — a gas industry lobbying group funded by gas utilities with their customers’ money — is preparing to undercut and roll back the clean energy investments in the IRA in the next Congress. Slowing the transition to electric appliances would keep millions of Americans trapped in homes with appliances that are linked to cancer and while the gas industry continues to collect record profits for their investors.