Gas explosions are shockingly common across the country – causing major damage, injury or death roughly every other day. But few cities have more direct experience with the dangers of gas than Silver Spring, Maryland. 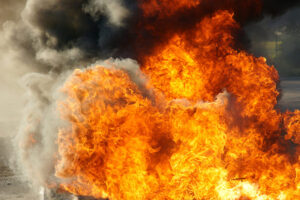 On a warm summer day in 2016, the daily routine at the Flower Branch garden apartment complex in Silver Spring was interrupted tragically when gas that had filled up a basement found a source of ignition. The fiery blast killed seven people, including two children, and sent 65 people to the hospital. The explosion destroyed homes and disrupted lives for hundreds of people.

A few years later, a second methane gas explosion blasted through another apartment complex in Silver Spring, injuring 14 people, including some who were hurt seriously. If the explosion had not occurred at 10:30 a.m., when many people were at school or work, many more people would have been hurt or killed.

The good news is that people no longer need to live with the constant risk of having a dangerous fossil fuel in the walls of their homes. Modern electric appliances like heat pumps and induction stoves can do everything that gas appliances can do, except randomly explode. They’re also more energy efficient, provide cleaner indoor air and reduce the greenhouse gasses that are driving the climate crisis.

Authorities said the Flower Branch explosion, in 2016, was caused by the failure of an indoor mercury service regulator. But the real failure was on the part of the gas utility, Washington Gas, which had pledged 13 years earlier to replace nearly 67,000 mercury regulators in 10 years – and raised consumer rates to pay for the upgrades but shockingly neglected to actually install them. Years after the explosion, Washington Gas was fined by state regulators and confidentially reached a financial settlement with residents hurt by the blast.

Methane gas is not only dangerous, it carries long-term health harms, making people who live near gas well sites and in homes with gas appliances sick from toxic fumes. The risk of asthma, for example, climbs significantly for kids living in homes using gas for heat or cooking.  Even when they’re off, gas stoves leak methane and other toxic chemicals into the air in a home, causing levels of air pollution that would violate the Clean Air Act if measured outdoors. Recent studies in California and Boston found that gas stoves emit benzene – a known cause of cancer.

Burning methane in buildings is also a key source of greenhouse gasses that are driving more extreme weather in Maryland and beyond. At least 13 percent of the state’s climate pollution comes from gas and oil burned in furnaces, stoves and water heaters.

People stuck burning gas in their homes are also seeing rapidly rising energy costs as the price of methane gas goes through the roof due to increased gas exports overseas and the inherent price volatility of gas. According to the U.S. Department of Energy, people in the Northeast will pay about $1,094 to heat their homes with natural gas this winter, an increase of 23 percent since last year.

As the climate, health, safety and economic risks of methane gas are becoming more widely known, local leaders around the country are saying it’s time to move away from gas. According to the Building Decarbonization Coalition, more than 90 cities, counties and states have passed rules that speed the transition to a safer, all-electric future. It’s past time for Maryland to follow suit.