If you’ve got a gas furnace, water heater or stove in your home, you’ve probably already noticed: the price of “natural” gas is on the rise. The wholesale price has nearly tripled just this year, and gas utilities across the country are responding with big rate increases that mean higher monthly bills for millions of Americans. And while workers and families struggle, the gas industry is making unfathomable amounts of money – setting records for corporate profit in the second quarter.

But these price spikes aren’t just impacting people with gas appliances in their homes – they’re rippling through our economy and driving inflation in all sorts of goods. That’s especially true of something just about everyone uses: electricity.

Electric utilities still rely too heavily on burning gas. It accounts for nearly 40% of US electricity generation – a proportion that could grow as the gas industry pushes plans for up to 250 new gas plants in the coming years. This gas dependence is translating to higher electricity prices, just as millions of Americans grapple with extreme heat waves that force them to use more electricity to cool their homes.

It’s a cruel irony of the fossil fuel era: in order to stay comfortable as the climate warms, Americans have to use more electricity. And because the gas industry is so cozy with utilities and regulators, too much of that electricity comes from burning fossil fuels like methane gas – a climate superpollutant more than 80 times as potent as carbon dioxide.

These higher prices are a disaster for American families. Even before these price spikes, more than 1 in 5 Americans were struggling to pay their monthly energy bills. According to a report from BailoutWatch and the Center for Biological Diversity, utilities shut off electricity for non-payment more than 3.5 million times in recent years.

High gas prices are also a drag on American businesses and a key driver of inflation across the economy. Fertilizer, steel and cement producers all burn large amounts of methane, and higher gas costs translate into higher prices for food, housing and all sorts of other goods.

But when it comes to higher prices, what’s bad for most Americans is lining the pockets of oil and gas industry executives and investors. Gas producer profits were off the charts in the second quarter of this year – BP made an absurd $8.5 billion, while Shell set a company record by raking in $11.5 billion. Higher monthly bills for working families means bigger yachts and vacation homes for oil and gas executives. 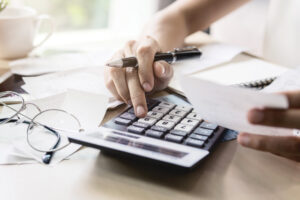 While the industry is quick to blame the higher prices on Russia’s invasion of Ukraine, the truth is that it’s more than just recent market disruptions driving prices through the roof. For years, the industry has been pushing for more gas exports – primarily through Gulf Coast communities that already live with high levels of pollution and increasingly deadly hurricane seasons driven by the climate crisis. Earlier this year, the US became the world’s largest methane exporter.

These increased exports mean more US gas is flowing overseas, which means less of it to go around – and higher prices – here at home. The world got a first hand illustration of this dynamic in June, when an explosion closed the Freeport gas export facility in Texas. Following the explosion, the price of gas in the US temporarily dropped by 17% because the industry could no longer sell it to the highest bidder overseas. Recent news that the facility would come back online earlier than expected drove the price back up.

The reality is that methane gas is an extremely volatile commodity, prone to the kind of sudden price spikes we’re seeing now. The wind and the sun didn’t suddenly get more expensive this year. As long as we remain dependent on methane, we’ll always be at the mercy of the industry’s greed and the uncertainty of life with fossil fuels.