Following a series of deadly explosions and growing evidence that a vast amount of planet-warming methane is leaking from the country’s aging gas system, utilities across the country are spending upwards of $15 billion a year to replace leaking pipelines. But data from several cities that have invested heavily in pipeline replacement programs reveal this work is not stemming the tide on leaks, despite billions in new spending that must be paid back by gas customers.

Rather than designing targeted programs aimed at replacing dangerous gas pipelines at the least cost to ratepayers, gas utilities are using pipeline replacement programs to lock in fossil fuel infrastructure for decades to come. 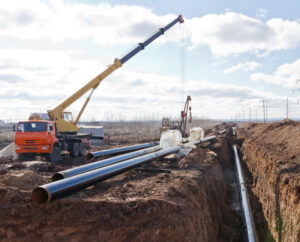 The programs also serve to pad gas utilities’ profits, since they make a guaranteed 9-10% rate of return off any new pipeline spending and are often preapproved by state regulators to recoup those costs from their customers through higher rates. Documents obtained by the Energy and Policy Institute show that the American Gas Association has been involved in a coordinated push to expand pipeline replacement across the U.S. as a means to increase profits and expand utilities’ service territory. The number of states with pipeline replacement programs has grown from 12 states in 2012 to 41 states plus the D.C. today.

These multi-billion dollar programs come at a time when many cities and states are questioning whether their gas distribution system should play any role at all in their energy future, and are moving urgently to transition homes to run on increasingly clean electricity. Los Angeles, Washington, D.C and Seattle are among the cities that have embraced building electrification, which countless studies show is the most cost-effective way to reduce climate pollution fast enough to avoid the worst impacts of the climate crisis. And gas utilities’ alternative plan of blending hydrogen and so-called “renewable natural gas” into their methane pipelines aren’t real solutions.

Leaking gas pipelines are a genuine concern and real safety threat – causing major damage, injury, or deaths once every two days on average. But giving the gas industry a blank check to sink more money into miles of methane pipelines on their customers’ dime isn’t the way to address the nation’s aging gas infrastructure. Instead, state regulators should take a “triage and transition” approach — replacing only the most degraded and dangerous pipes while transitioning buildings off of fossil fuels entirely through a shift to clean electricity for heating and cooking.

With extreme weather gripping much of the country, we’re running out of time to make an urgent transition off of fossil fuels. Though they may be well-intentioned, pipeline replacement programs are being used to increase our dependence on fossil fuels while doing little to stop methane – a climate pollutant more than 80 times as potent as carbon dioxide – from leaking into the atmosphere. It’s time to quit digging the fossil fuel hole any deeper and instead invest in helping people run their homes on clean electricity.