As the climate crisis intensifies and more people hear about the health and safety risks of “natural” gas in our homes, the transition towards renewable electricity like wind and solar is accelerating. For those of us that appreciate clean air and the promise of a stable climate, this is good news. But for the gas industry – the fracking companies, pipeline builders and utilities that push gas into homes around the country – this transition is an existential threat to their business model: selling methane gas.

The industry isn’t taking this threat lying down. Across the country, they’re fighting tooth and nail against efforts to build new homes with appliances like induction stoves and furnaces and water heaters that run on increasingly clean electricity, instead of polluting methane gas.  At the same time, the industry is heavily marketing the idea that they can clean up their product by blending  hydrogen or “renewable natural gas” into their pipeline systems.

But studies show that these supposed solutions are expensive distractions at best. There is no debate amongst independent experts who look at the best way to decarbonize and avoid the worst climate outcomes: we need to start hooking things up to our increasingly clean electricity grid as fast as possible. A wide variety of studies, including from the International Energy Agency, have shown that transitioning our buildings to run on clean electricity instead of fossil fuels is the most effective way to reduce climate pollution at the pace needed to avoid the worst impacts of the climate crisis. 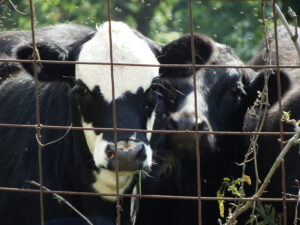 Biogas – or as the industry calls it, “renewable natural gas” – is methane captured from garbage dumps, sewage treatment plants and animal manure in industrial agricultural waste lagoons, processed and injected into gas pipelines alongside existing methane, which mostly comes from fracking.

Despite the industry’s highly optimistic assumptions, there’s only so many garbage dumps, wastewater treatment plants and manure lagoons out there, and most are already tapped or located far away from existing pipelines. The industry’s own estimates suggest that even in a best case scenario, biogas could only displace somewhere between 6 and 13% of current gas use – not anywhere near enough to avoid the worst climate scenarios. Independent studies suggest the actual amount of biogas that could replace existing gas is even smaller – 5 percent according to the Department of Energy and less than 1 percent according to researchers at Georgia Institute of Technology.

Regardless of where it comes from, methane is methane is methane. When it is burned in our homes it still produces nitrogen dioxides that contribute to higher rates of asthma in children. It still leaks from the appliances in our homes, even when they’re turned off. And it still worsens the climate crisis when it leaks – or is purposefully released – from the industry’s rapidly aging system of pipelines and storage facilities. About 30 percent of historic warming in the climate comes from methane, which hit a record high in the atmosphere last year and shows no signs of slowing down.

Swapping one form of methane gas for another does nothing to address the significant safety concerns around gas. Between 2010 and 2020, a gas accident causing major damage, injury, or deaths occurred approximately once every two days in the United States. No matter whether it’s from a fracking well or an industrial dairy, piping an explosive fossil fuel through our communities and homes is always going to be a risk.

The costs of collecting and processing biogas make it significantly more expensive than the typical gas that comes from fracking – additional costs that gas utilities are passing on to their customers under the guise of being “green.” While US gas costs have gone through the roof in recent months due to increased exports abroad, analysis from the Sightline Institute shows that biogas is still roughly twice as expensive as conventional fracked gas, and most of the lower-cost options have already been tapped.

One of the primary sources of new biogas are concentrated animal feeding operations (CAFOs) – massive industrial facilities of dairy cows, hogs and chickens where feces and urine are collected in sprawling waste lagoons. These facilities are disproportionately located in communities of color and have significant impacts on the air and water quality that aren’t addressed by biogas collection and processing. The Environmental Protection Agency is currently investigating whether state regulators in North Carolina discriminated against communities of color in approving four biogas projects.

Gas utilities pay CAFOs operators millions for the biogas they produce and then pass those costs on to their customers, either through higher rates for everyone or just those who chose to pay a little more on their bill every month in the name of promoting “clean” energy.

This additional revenue stream incentivizes the expansion of industrial agriculture, since more manure = more gas = more money. An analysis from researchers at University of California-Davis found that the market for biogas in California was so lucrative that industrial dairies were making almost as much on cow poop as they were on cow milk. This kind of incentive for expansion threatens to erase any environmental benefit of capturing the gas in the first place, since the majority of methane released is from cow belches, not manure, and additional cows means more burps. 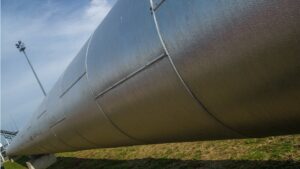 What is hydrogen and how is the gas industry using it?

Hydrogen is the latest hot trend in clean energy research. Because it produces no greenhouse gasses when it is burned, it has the potential of being a low-carbon alternative for methane gas. Despite major questions about the viability of using hydrogen in the gas system, gas utilities across the country are experimenting with blending hydrogen into their pipelines instead of methane gas.

Hydrogen’s true climate impact depends on how it is produced

Hydrogen has better uses than powering our homes

If it is produced from low-carbon sources, hydrogen provides a potential solution for reducing climate pollution from sources where it is difficult to use clean electricity, including heavy industry, aviation and long-distance maritime shipping. But study after study (18 studies!) have found that it isn’t a real solution for powering the appliances in our homes when modern electric appliances powered by clean electricity are cheaper, safer and widely available right now.

Most pipelines in the country are made of steel, which are at high risk of “embrittlement” when used to transport hydrogen. Gas appliances and pipelines can only handle hydrogen blending of 5 to 20 percent before elevated risks of explosions. That means that in order to handle more than a trivial amount of hydrogen, the industry would need to replace almost all of the 3 million miles of gas pipelines across the country, as well as every gas stove, furnace and water heater in the country. This is an unfathomable expense – hundreds of billions, if not trillions of dollars – that the industry leaves out of studies about their future.

Leaks and explosions from the gas system are already a huge threat to public safety, causing major damage, injury, or deaths once every two days. Blending hydrogen into the system is likely to increase these risks. Hydrogen is a smaller molecule than methane, which makes it more likely to leak from holes in pipes in our homes. Once it’s out, it can ignite more easily than gas. One study found that if hydrogen were used in homes to replace gas, the annual predicted number of explosions would more than quadruple. The American Medical Association recently warned that the increased explosion risks of blending hydrogen into the gas system “puts lives at risk.”

Hydrogen doesn’t produce greenhouse gasses when it is burned, but it does produce high levels of nitrogen dioxides (NO2), which contribute to asthma, respiratory infections and dementia. Studies have found that burning hydrogen instead of methane produces six times as much NO2. That means that while it’s marketed as “clean energy,” the industry’s hydrogen schemes may be making their impacts to indoor air quality in our homes even worse.

The gas industry is expanding rapidly

Displacing a tiny amount of existing methane with trivial amounts of biogas or hydrogen won’t matter much in terms of total pollution if the industry keeps expanding at its current rate. The American Gas Association likes to brag about how a new building is made dependent on its product once a minute. That’s 525,600 new hookups a year. According to the U.S. Energy Information Administration it’s worse than that – more than 1 million new homes were hooked to gas between 2019 and 2020. Even if the industry’s wildly optimistic projections about biogas and hydrogen became reality, it would mean at least two-thirds of the additional gas demand would still be extracted the way it is now: fracked from the ground and sent through the industry’s sprawling, leak-prone system of pipelines and storage facilities.

The science is clear: we need to strengthen and clean up our electricity grid and start hooking up our cars and buildings to it. There is no viable scenario where we avoid the worst climate outcomes while continuing to pipe an explosive, polluting gas into our homes. That’s an extremely inconvenient truth for an industry that makes its profits drilling, transporting and selling methane. Entertaining the gas industry’s half measures and false solutions gives them cover to keep making us dependent on methane gas at a time when we need to be urgently moving off of it. It’s time for the public and policymakers to face the truth: “renewable natural gas” and hydrogen aren’t real solutions for powering our buildings.