It’s hard to ignore the headlines: Europe is facing a long, challenging winter, as Russia’s invasion of Ukraine and manipulation of its gas supplies has sent energy prices through the roof. The recent apparent sabotage of the Nord Stream pipeline – just as the region moves closer to winter, when energy demand is highest – has only heightened concern. 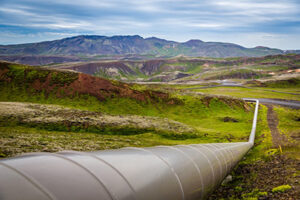 The continent is making heroic efforts to rapidly transition off Russian gas by reducing energy use through conservation measures and installing ultra-efficient heat pumps that use cleaner electricity to cool and heat homes. Still, leaders are finding that it’s going to be a years-long process to transition from an economy that is dependent on fossil fuels like methane gas to one that runs on clean electricity.
US oil and gas executives are working overtime to profit off this crisis and increase the world’s dependence on fossil fuels for decades to come by shipping more methane gas overseas. But Europe’s current predicament should teach the United States – and the whole world – some vital lessons about methane gas, clean energy and our energy choices going forward.

Gas is risky, not reliable

The US may not be dependent on the whims of a foreign dictator for gas, but we are dependent on oil and gas executives that consistently put their own financial gain ahead of the public good while delivering a product that has become increasingly unreliable during extreme weather events. The US has seen multiple examples in recent years of supposedly “reliable” gas infrastructure failing when it’s most needed, while the companies responsible for the failures make huge profits.
Unprecedented cold weather during Winter Storm Uri in February 2021 caused cascading failures in Texas’s gas system, leading to days of power outages that killed hundreds of people and gas prices that soared to astronomical levels – nearly 200 times higher than normal. With no other option than to pay the exorbitant price, utilities incurred billions of dollars of debt that was then passed on to consumers from Texas to Minnesota through higher energy rates.

Sky high gas prices during the crisis meant sky high profits for the industry — $13 billion in five days. The Federal Energy Regulatory Commission and attorneys general from Texas, Oklahoma, Arkansas and Kansas continue to investigate multiple gas pipeline companies for alleged price gouging and market manipulation during the crisis, though the damage to the pocketbooks of American families has already been done.

Wind and solar power essentially have zero fuel costs forever – once a solar panel or wind turbine is built, neither the sun nor the wind required to power them is going to suddenly become more expensive. But gas plants that are used to produce electricity — and the gas furnaces, water heaters and stoves in our homes — will always need methane gas to operate. As Europe is experiencing now, fuel supply interruptions mean higher prices for energy.
This kind of price volatility isn’t new – a report from non-profit researcher RMI finds that the United States has seen steady prices for electricity over the past 30 years, but wild fluctuations in the price of gas are commonplace. Fossil fuel prices are a rollercoaster that depends on a wide variety of factors, including how much money the companies are funneling to their shareholders.

American families may be thousands of miles away from Russia and Europe, but they’re also paying more for energy during this crisis thanks to the oil and gas industry’s drive to profit off increased gas exports.

As the industry delivers more methane abroad, that means less to go around – and higher prices – at home. The US now exports more than 20% of its natural gas – up from almost nothing less than a decade ago – driving higher prices and inflation across the economy. And the industry wants to make this kind of volatility a permanent part of the American energy system by building even more export facilities.

We can’t predict when foreign dictators will interrupt fossil fuel supplies, just like we can’t predict the business decisions of profit-driven oil and gas executives. What we can do is choose to build our energy systems around the stability of clean energy like wind and solar, not risky fossil fuels like methane gas.