Gas industry in legal trouble over its misleading advertising

Gas industry in legal trouble over its misleading advertising

In decades of advertising for “natural” gas, there’s one word you hear over and over again: clean. But mounting evidence shows that the industry’s product is anything but – it’s contributing to asthma in children who live in homes with gas stoves, it contains toxins linked to cancer and it’s responsible for nearly half of recent global warming and worsening extreme weather.

The facts haven’t stopped the industry from borrowing a page from the tobacco industry and pushing their advertising to children. From Massachusetts to Oklahoma to Oregon, the gas industry has been caught circulating coloring books and reading materials in local schools that try to convince children that their methane is clean and safe.

Now, the gas industry may finally be forced to account for its misinformation and quit misleading the public about its dirty product.

This week six elected officials and more than 30 community organizations in Oregon submitted a petition asking the state’s Department of Justice to investigate local gas utility NW Natural for its “escalating propaganda campaign to mislead its customers.”

The petition accuses the company of a pattern of deceptive communications, including:

After receiving the petition, the Oregon Department of Justice said it “merits review by a few different sections at DOJ … Our consumer protection team has long been involved in cases that involve mismarketing or misrepresenting materials or products to children, and we take our obligation to protect our most vulnerable very seriously.”

The inquiry comes as NW Natural asks state regulators to approve multiple huge rate increases – including a 12% hike that would in part go towards covering the costs of producing the pro-gas school materials, as well as a 30% higher advertising budget and up to $11 million in additional bonuses for its executives. The company is separately pushing for a 16% rate increase to cover the rapidly escalating cost of methane gas. If all of NW Natural’s rate increases are approved, customers across Oregon could see a cumulative rate increase of 42% in roughly a year – as well as much more fossil fuel advertising. 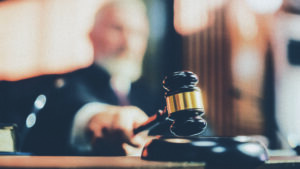 Washington Gas consistently promotes its product “clean” and the “smart choice for the environment” despite countless studies showing that moving buildings to run on clean electricity is the only way to meaningfully reduce climate pollution from homes, schools and businesses. The stakes are high for the company, given that Washington, D.C. is expected to commit to using electricity in new construction in the coming months – posing a threat to Washington Gas’s future profits.

“Companies are legally obliged to be honest with the public, including about how their businesses may impact the environment and safety of consumers,” ClientEarth lawyer Tyler Highful said in a press release. “We believe Washington Gas is violating U.S. consumer protection law by greenwashing the environmental impact of its highly polluting fossil fuels – its customers, and the public, are owed the truth. We cannot underestimate the real world impact energy company greenwashing has on the pace of change.”