It’s time for EPA to address pollution from gas furnaces

It’s time for EPA to address pollution from gas furnaces

Here’s some science that no one debates: nitrogen oxides are bad for you. They’re a leading cause of childhood asthma, they’re associated with heart disease, and they combine with other elements in the atmosphere to create smog, ground-level ozone and acid rain. 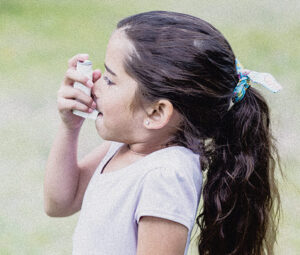 Under the Clean Air Act, the Environmental Protection Agency long ago began regulating some of the largest single sources of nitrogen oxides, including coal and methane gas plants, municipal waste combustors, and nitric acid plants. Catalytic converters in the exhaust systems of our cars were added in the 1970s in part to reduce this harmful pollution.

But there’s one huge source of nitrogen oxides that remains completely unregulated, and it’s in millions of American homes – oil and gas furnaces. Last week a coalition of public health and environmental justice organizations asked the EPA to right this wrong and finally set zero-emissions standards for home heating furnaces by the end of the decade.

“Emissions from buildings have a harmful, and frankly scary, impact on human health and contribute significantly to the climate crisis,” said Amneh Minkara, the deputy director of the Sierra Club’s building electrification campaign. “It is the duty of the EPA to keep the American public safe from breathing in these pollutants.”

While the impact of a single gas furnace may seem small compared to that of a massive industrial facility, the cumulative effect of nitrogen oxides from millions of gas and heating oil appliances in our homes is staggering. A recent report by RMI found that fossil fuel-fired appliances release 425,000 tons of nitrogen oxides each year — more than oil refineries or gas-fired power plants.

While this pollution affects everyone, it doesn’t affect everyone equally. The RMI report found that communities of color, who are more likely to live in older, substandard housing due to historic patterns of housing discrimination and government-sponsored “redlining,” are exposed to twice as much outdoor air pollution from residential appliances than white people.

The good news is that cleaner home appliances like heat pumps and electric hot water heaters are widely available and drastically reduce indoor air pollution while saving people money through lower energy bills. The Inflation Reduction Act, recently passed by Congress and signed into law by President Biden, includes thousands of dollars in tax rebates for new electric appliances and associated home upgrades, which will help people offset much of the upfront costs of making the switch. The bill also included millions of dollars to help retrofit existing low-income and public housing.

While public health professionals implementing the Clean Air Act led to a reduction in atmospheric nitrogen oxides in previous decades, the pace of improvement has plateaued in recent years and the air quality in many American cities is still causing unnecessary health problems. For the climate and for public health, EPA can no longer ignore the pollution from fossil fuel appliances in American homes.