It may be hard to believe given what you see on TV, but false advertising is a crime that can be punished with fines and jail time.

That’s potentially bad news for the people that sell and market “natural” gas, who continue to mislead the public by calling their product “clean.” 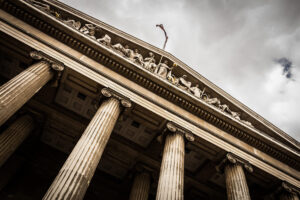 Growing movement in Canada pushing back on gas industry ads

Since then regulators have been turning up the heat on the industry in even more places. This month Canada’s Competition Bureau, an independent law enforcement agency that protects Canadian consumers, opened an investigation into alleged deceptive advertising by the Canadian Gas Association. The organization is operated by Canadian gas giants Enbridge and TC Energy, developer of the Keystone XL Pipeline, and has run a series of advertisements under the front group “Fueling Canada” using the word “clean” to describe gas: 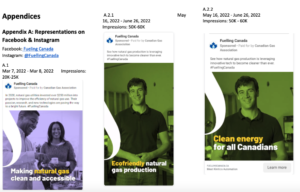 The investigation comes after a petition from Canadian Association of Physicians (CAPE) for the Environment, who note that “natural” gas primarily consists of methane, a climate super pollutant more than 80 times as potent as carbon dioxide. A growing body of research also shows that gas appliances in our homes are a significant health threat that produce toxins connected to cancer and increase the risk of children in the home developing asthma. Not “clean” in any sense of the word.

CAPE is part of a growing movement in Canada to force regulators to crack down on the fossil fuel industry’s misleading advertising and require the disclosure of information about the health impacts of methane gas. To learn more and get involved, check out the Fossil Fuel Ads Make Us Sick campaign.

As Dr. Leah Temper, the campaign’s director, wrote in the Toronto Star: “Advertising fossil fuels as clean while the world burns is as preposterous as using doctors to promote cigarettes. The federal government has both the tools and the responsibility to prevent fossil fuel gaslighting and protect the health of Canadians.”

One of gas utilities’ favorite venues for promoting fossil fuel expansion is in the monthly bills they send to their customers. The Maryland Office of People’s Counsel (OPC), a watchdog on behalf of utility customers, is pushing for an inquiry into a series of flyers that Washington Gas sent to its customers last fall promoting the supposed environmental benefits of methane. The utility told its customers that converting a home that runs on electricity to gas reduces climate pollution – a claim refuted by countless studies.

“Despite the well-known fact that natural gas production, distribution, and consumption are major sources of greenhouse gas emissions, (Washington Gas’s) marketing statements contain no substantiating or contextual information to qualify the environmental claims,” the agency wrote.

The Maryland Public Service Commission (PSC), which has the power and responsibility to regulate Washington Gas, shockingly quoted infamous climate change skeptics and declined to investigate the ads. This prompted the Maryland OPC to appeal to Montgomery County Circuit Court, asking them to force the PSC to reconsider.

For decades, the tobacco industry misled consumers about the risks of smoking and marketed their product to children, until we put a stop to it. The methane gas industry is following the same playbook to keep us dependent on their polluting product. Now is the time for regulators and political leaders to step up and ensure that the fossil fuel industry isn’t allowed to flood the airwaves with false information.